Engineering is a profession that requires computers irrespective of its sub-branches or divisions. It is a craft that demands the utmost precision to obtain perfection, and computers serve as an important tool for the profession. Civil engineering is a branch that deals with the barebones of any structure and requires intensive scenario planning before its successful construction. It demands the curation of 2-dimensional and 3-dimensional models of proposed structures, management of intricate details of long-term projects, and make changes to design with the client’s input.

The profession is becoming more inclined to the usage of computers to regulate every possible stage of a project using software that aids in the process. You cannot begin the execution of a structure before visualizing a rendering of what it will look like, its internal connections, and the operational mechanisms that will make it up and running. The renderings also bring the client and the engineers on the same page about the final design of the structure.

But the onsite work requires portable systems and desktop stations inhibit that aspect in particular. Thankfully, laptops are not the monstrous bricks that they used to be and come in a lighter yet powerful form factor. So opting for a laptop seems an obvious choice for a working engineer and even interns and students that are fairly new to the work environment. AutoCAD 3D is popular architectural software that is widely used by Civil engineers to plan and design implementable 2D and 3D models of structures. Revit also enjoys the same popularity as AutoCAD 3D and is a BIM-based software that is used by the Civil engineers. Other popular software related to Civil Engineering are Primavera, MS Project, STAAD Pro, etc.

Before discussing the best laptops for civil engineers let’s explore the system requirements of a few popular software involved in the trade.

From the requirements, it is pretty evident that the newer iterations of the 3D-modeling applications are demanding on the hardware side. The display should have True Color that is 24-bit as it appears much more natural to the human eye and is an absolute necessity for lifelike renderings of natural components such as vegetation, clouds, atmosphere, water, etc. The resolution is also bumped-up to 1080 pixels and should be considered as a benchmark too. Recent iterations of newer generation processors of either brand should be considered that have at least four or more physical cores with higher base clock speed.

Processors with better single-thread performance are required in most applications to render the drawings in 2D mode. The 3D viewing and realistic view is slightly more GPU intensive and requires a discrete graphics processor in the laptop. The RAM module should be of at least 8 GB or higher, but 16 GB is more future proof when the newer versions of the software rolls-out. The renderings would benefit a lot from the SSD as compared to an HDD. Windows 10 is the most preferred operating system and should be your only choice while making a purchase. The battery life will take a hit in the applications as they are more demanding and draw a lot of power.

We’ve explored the makers for laptops that cover most of the recommended specifications and deliver good performance in the applications. 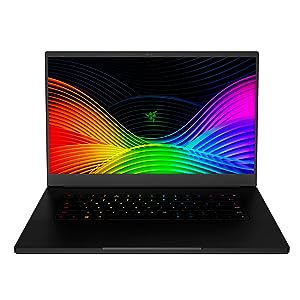 Razer Blade 15 Advanced Edition is the most powerful iteration in Razer’s lineup of specification overkill laptops that come in the fifteen-inch form-factor. The laptop is a boxy-build with evened-out aesthetics that are the trademark of Razer laptops. They are popular for their gaming-centered laptops with apt choice of internal components that deliver the best possible performance. We’ve included this variant in our lineup due to its vivid display that comes with 243 percent True Color production. This property makes it fit for the Civil Engineers involved in the design and modeling phase of the project that requires color precision in the models.

The aesthetics are all-metal with a hint of plastic wherever necessary. That being said, the screen does not have a troubling flex, unlike most laptops. A sturdy-design that can last longer than most plastic laptop models out there. The bezel-scheme is kept narrow on the three sides with a beefy chin that contains the brand logo that glows in the dark environment. It is a 4K OLED panel that is super accurate with colors and contains four times more pixels than a normal 1080 pixel display. The sRBG color gamut is 243 percent that means its better than the yesteryear models in terms of color production.

The display can output a resolution of 3840 * 2160 pixels at a smooth refresh-rate of 60 Hz, making it fit for color-specific design and modeling along with content creation and consumption. The panel does not offer any glare and manages to keep reflections at bay. It is a DCI-P3 factory-calibrated display and cannot be altered by the users upon purchase. A gorgeous screen overall that is not accompanied by any major shortcomings. The security mechanisms are updated on the Razer Blade 15 Advanced Edition and it features an IR-webcam that supports face-login via Windows hello that intends to prioritize privacy. It also uses a Kensington lock slot along with the Intel’s Platform Trust Technology that keeps the content of your storage drive encrypted.

The keyboard is RGB-backlit and supports individual key color calibration via its software. The key-travel is adequate as it is built for the gamers that tend to inflict a lot of damage to the keys. It lacks a numeric keypad despite the 15-inch form factor. The laptop uses a glass precision touchpad that is centered in the middle of the laptop and offers a larger surface area to operate the cursor. The internal components are more than capable to run heavy programs like Revit and Autocad with swift response times than the usual rigs. It uses an eight-core Intel i7 processor that offers better single-thread performance and can go as high as 5.1 GHz from its base clock speed. The 16 GB DDR4 RAM is sufficient to run almost anything on the laptop and offers better frequency due to its dual-channel configuration.

It uses a 1 TB PCIe NVMe SSD that offers the best possible access speed and can enable faster renderings of your designs. On the GPU side, it features an NVIDIA RTX 2080 graphics card in the Max-Q design that will consume less space and power inside laptops where space is a constraint. It has 8 GB of ultra-fast GDDR6 memory that can run almost any available GPU intensive games and software available. You can expect top-notch performance from this machine. The battery life will plummet fast on the Razer Blade 15 Advanced Edition due to the OLED panel and demanding internal components. It is advisable to keep a charger close-by for stellar performance. 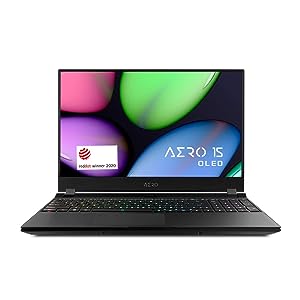 Gigabyte Aero 15 2020 is a laptop with a quirky design that does not resemble anything on the laptop market. Its aesthetics consists of slightly protruding ports that are designed with convenience in mind. Two rumbling strips that run around the body provides a decent grip as well as better port access to the user. It proudly claims it to have a versatile selection of I/O ports and does not fall short of that claim. But that isn’t the only thing that has made it appear in our lineup of best laptops for Civil engineering.

The display is arguably the best component of this laptop with a 5 mm thin-bezel design on the three sides that seem practically invisible if you ask us. It is a Pantone certified display, so better color accuracy on this one with 100 percent Adobe RGB color output. That is accompanied by a stunning 4K OLED display by Samsung that is a reputed brand when it comes to displays. The massive resolution of 3840 * 2160 pixels is sure to illuminate every tiny detail on the screen with precision to the core. As soon as you look at the thick bottom bezel you’ll notice the dreaded nose-cam that is not of much practical use.

The internal components are sure to woo the user as it comes with all Intel components inside the laptop. It uses a six-core Intel i7 processor with Samsung manufactured 16 GB DDR4 memory that offers exceptional computing speed to you that is devoid of any lag. It is backed by a 512 Gb solid-state drive that is better than the traditional HDD. The laptop uses Killer connectivity components that include a Wi-Fi 6 card and an RJ45 ethernet port. The GPU side consists of an NVIDIA RTX 2070 that sits well with the component assembly and offers no stammering in the graphics department. The battery life lies in the range of 3-3.5 hours and cannot exceed that, especially in the OLED variant. 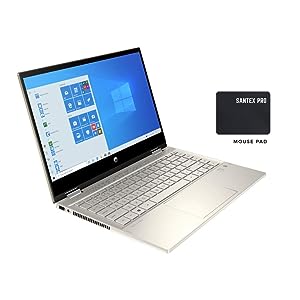 HP Spectre x360 15 is a lightweight offering from the much-hyped and eye smacking Spectre series ever since its launch. A convertible laptop that comes with a touchscreen-enabled display and a hinge design that supports the tent mode as well as the tablet mode. The laptop is slightly heavy to be used in tablet mode with a sitting weight of approximately 2 kilograms.

Nevertheless, a creator’s machine that packs some serious menace under the hood. The visuals are pretty impressive on the 4K display that stands among the best color-accurate laptop screens in the market. It comes with Gorilla Glass protection making it less susceptible to accidental scratches and damage. it supports input via a digital pen that is provided by the manufacturers right out of the box. It ranks highest in terms of sRGB color production with a staggering 258 percent rating. The display is adequately lit with 400 nits of brightness and can be used outdoors with ease.

The webcam is not the sharpest out there and barely gets the job done. The keyboard has some travel built into it and offers a fair bit of typing experience. It is LED-backlit and is not too sparkling in darker settings. The quad-speaker system offers surprisingly good audio, and a large part of t can be attributed to the Bang and Olufsen engineering that has been put into it. The port layout is extremely stringent as it is aimed at a business/leisure product with more emphasis on wireless networks.

The display is the perfect fit for Civil engineers that require an accurate display to visualize their models with no room for error. Since it supports digital pen input, 3D modeling is a joyous affair on the device. Inside the laptop is an Intel Core I7 processor that is coupled with 16 GB of ultra-fast DDR4 RAM that will load application faster than ever. The storage is a fast-paced SSD that comes with a capacity of 1 TB. The laptop uses a discrete NVIDIA MX150 graphics processor that is better than the onboard graphics and will be useful in designing applications. Being a premium laptop, it barely able to touch the 8-hour mark with moderate usage around the day.

These were our picks for the best laptop for civil engineers that will cater to the ever-ceasing requirements of evolving applications and software.