Laptops that can run CSGO

CSGO is a term most teenagers and college students can relate to. Counter-Strike: Global Offensive is a competitive e-sports game that has aged very well in terms of popularity and playability. It is a very old title and dates back to the year 2012. Yes, you read it correctly, 2012, when games were still evolving (primarily in visual appearance) and you did not need a 5000$ rig to run it at maximum settings without any lag.

CSGO is a game that is favored most by e-sports enthusiasts that have continued to build its legacy for 8 long years. It was a concept ahead of its time and that is the main reason it is still in vogue among the gaming community. With newer multiplayer titles like Call of Duty: Warzone, Player Unknown Battle Grounds, Valorant, etc, the interest has surely wavered from it. But the game is a must-play if you want to enter the competitive e-sports genre and do not possess an overkill rig.

CSGO was released in the year 2012 and the requirements at that time might have been excruciating but that is not the case now. The game can easily run on most systems that are constructed after the release year and have a competent CPU and GPU pairing as recommended by the developers. CSGO is available on STEAM and its requirements as per their website are as follows-

A present generation laptop with a four-core processor can provide decent performance in CSGO without any stuttering issues. The game is more CPU intensive so the single-thread performance of your processor is an important attribute to consider before making a purchase. Although 2 GB RAM is recommended, the present generation laptops come with Windows 10 and some amount of memory is conserved for the background processes as well. So going with a 4 GB RAM configuration will leave very little resources for the game. For a smoother experience consider an 8GB RAM, preferably in the dual-channel configuration. The GPU aspect is also crucial, if you want 60 plus framerates at a resolution of 1080 pixels or higher and can be met by most of the discrete GPUs with DirectX 10.1 and higher.

We’ve listed the laptops that can run CSGO and provide decent performance in the process. 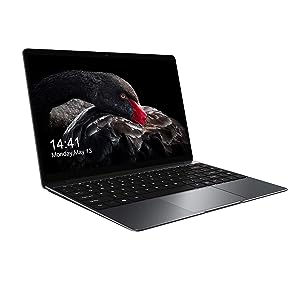 Honor MagicBook 15 is a newer variant from a relatively new maker Honor. Honor has a few builds to date and their lineup continues to grow with lighter end laptops like this one. The laptop is composed of a lightweight aluminum body and weighs 1.53 kilograms making it comfortable to use on the lap or a table. The body also provides some durability and aesthetic appeal to the laptop.

It has a screen size of 15.6 inches with a resolution of 1920*1080 pixels. The Full HD IPS Display has a 16:9 aspect ratio with an 87 percent screen-to-body ratio that has shrunk the bezels around the three sides except for the chin. With a 178-degree wide-viewing angle content consumption and gaming is a delightful experience on the laptop. The display is TUV Rheinland-certified to reduce blue light, so it facilitates a safe and comfortable viewing experience.

Under the hood, the laptop uses a four-core processor from the Ryzen family that is more than enough for daily tasks and CSGO. The laptop comes with 8 GB of DDR4 RAM that is enough for both the game and background processes that run in the operating system. The storage space is also faster as it is a 256 GB SSD instead of a slower hard disk drive. The GPU on the Ryzen machine is the VEGA 8 that will provide enough RAW power in the game while delivering smoother frame-rates.

The laptop comes with a fingerprint sensor embedded in the power button for easy login. It also has a pop-up camera in the center of the keyboard, hidden beneath a button. The speakers are located on the keyboard panel and are audible. The TPM security chip is provided for securing your content. The laptop supports fast charging and can replenish half the battery in 30 minutes. The battery lasts up to 6 hours as claimed by the brand and varies according to usage and is one of the lightest laptops that can run CSGO. 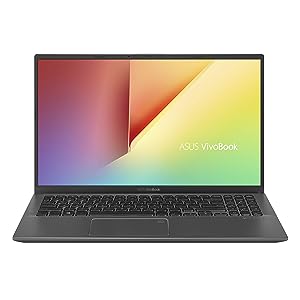 Acer Aspire 5 A515-51G -5673 is a laptop with a discrete GPU that can provide reliable performance in esports titles such as CSGO. The laptop belongs to the much popular yet economical Aspire series from Acer and doesn’t fall short of your expectations. The laptop’s construction is a blend of plastic and metal and comes in Obsidian Black color. It is slightly bulky due to the hard disk drive and weighs around 2 kilograms.

The laptop sports a Full HD LED Backlit TFT display that is 15.6 inches in screen size. With a display resolution of 1920*1080 pixel, the visual output is crisp and detailed, although a LED panel would have been better. The laptop has an anti-glare display that gets rid of the reflections. The bezel scheme is beefier than what you would expect in a modern laptop.

The internal component assembly consists of a four-core Intel Core i5 processor that works fine in most demanding applications including CSGO. It comes with 8 GB DDR4 memory that can be further upgraded to 20 GB if you need it. Storage space on the laptop is not an issue due to the 1 TB hard disk drive that it ships with. It also comes with a discrete NVIDIA GeForce MX130 graphics card that can run CSGO at high settings with a few tweaks.

The port assembly is quite decent on the laptop with four USB ports, an ethernet port, an HDMI port, and an SD card reader. The laptop has a full-size island-style chicklet keyboard that is responsive and tactile. Its trackpad is a simplistic one with support for Windows Multi-Gesture. Its hinge design allows it to be extended back to 180 degrees. The four-cell battery works fine and can last up to 7 hours on light usage and less when the GPU kicks into action. 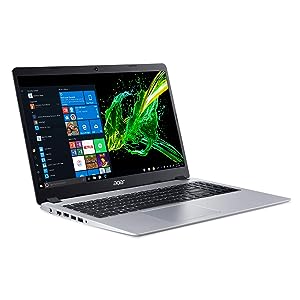 Asus X509JB-EJ592T is another befitting laptop for casual CSGO and other gaming titles mainly due to the discrete GPU that ships along with it. The laptop boasts of a robust metallic chassis with great emphasis on the intricate parts. It ships with an EAR HDD protection that protects the hard disk from abrupt shocks that can corrupt the contents inside it.

The laptop houses a 15.6-inch display with a Full HD resolution that produces admissible colors and contrast. The side bezels are narrow and help the display to achieve an 82.5 percent screen-to-body ratio that is immersive. It is also anti-glare so bid adieu to those annoying reflections. With a 200 nits brightness rating the laptop can be difficult to use in a bright outdoor environment. The webcam is a sheer disappointment with VGA quality.

The laptop comes with a decent port assembly but lacks the ethernet port so you are stuck with Wi-Fi and Bluetooth for connectivity. The keyboard is tactile but not backlit and the trackpad supports Windows multi-gestures. A fingerprint sensor is located in the top left corner and supports fast login to your system. A TPM security chip is also embedded in the laptop to encrypt your private data.

The component pairing is commendable as the laptop uses the latest tenth-gen Intel Core i5 processor that will deliver excellent performance in games and applications. It comes with 8 GB DDR4 memory with an option to expand it to 12 GB. The laptop comes with 512 GB SSD that provides faster access speed and also comes with an empty HDD slot if you want to increase the storage. It uses the NVIDIA GeForce MX110 graphics processor that can deliver decent frame rates in games like CSGO and GTA5. The battery life can go up to four hours but a charger needs to be plugged in for best performance. 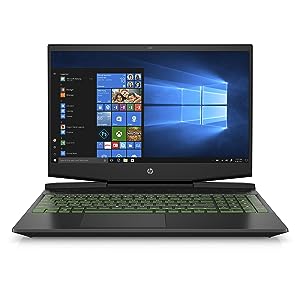 HP Pavilion Gaming 15-ec0104AX is a gaming-centric build and possesses a desktop-grade GPU for stellar performance in gaming titles including CSGO. The laptop has alluring aesthetics that distinguishes itself as a gaming laptop. The hinge design is tacky with a sight angle to the corners. The laptop is composed of metal and plastic and weighs around 2 kilograms.

The laptop is rocking a 1920*1080 pixel screen that has micro-edge bezels on three sides. The chin is bulky and bears the brand logo. The 15.6 inch Full HD IPS display produces crisp color output that makes the gaming experience more immersive on this machine. The panel has anti-reflective property and bounces off the reflections from it. The top bezel houses an HD webcam without the privacy shutter.

The keyboard is LED backlit and is usable in the darker environment. It also adds to the gaming appeal of the laptop and offers a decent key travel while typing on it. The touchpad supports Windows multi-gesture support and lacks physical buttons. No fingerprint sensor on this one and the audio is tuned by Bang and Olufsen that is better than average stereo speakers.

Ryzen is powering most of the newer gaming builds now and that is the case of the HP Pavilion Gaming 15-ec0104AX too. It is housing a Ryzen 5 Quad Core 3550H processor that will not succumb under pressure. it comes with 8 GB DDR4 RAM and has a dual memory slot for future upgrades. The 512 GB SSD provides better read and write speed and minimizes the loading time in games. The laptop uses a desktop-grade NVIDIA GeForce GTX 1650 GPU with 4 GB of video memory. That specification can enable you to play CSGO in high-ultra settings with ease. The battery life lies in the range of 4-5 hours and drops excessively if you game on it. All in all, it is one of the best laptops that can run CSGO.

These were our selection of a few laptops that can run CSGO. Most of them are budget builds and will not create a massive dent in your pocket.